BuildFax Shows You A Home’s History 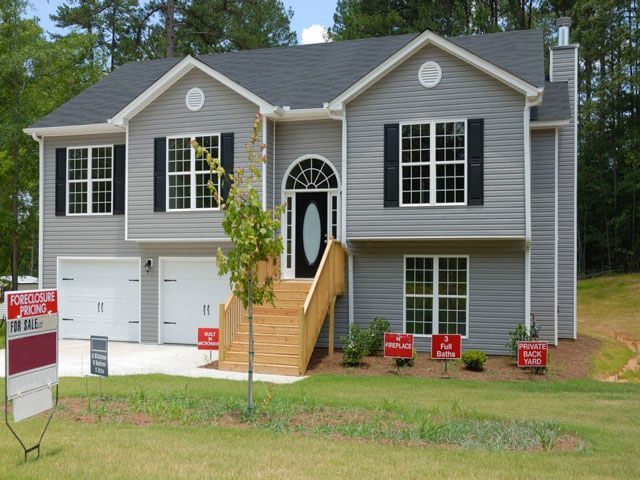 Ever wonder how your home was constructed, or what type of improvements have been made to it? A website says it can help you snoop on your home.

BuildFax put to the test

BuildFax advertises that it can give you the “life story” of your home.  The report may provide you permit data regarding key upgrades and repairs on your home, the age of roofing, plumbing, electrical systems, heating, and air condition systems, and may give you information on contractors who have worked on the home or in the area.

Or the report may provide nothing at all. BuildFax says it tracks 60% of the country’s permit volume. That may not mean much until you run a report for an address you’d like to check. We ran my boyfriend’s since it’s a newer home than mine. It was built in the late 70s. BuildFax had no data for his home.

BuildFax says it pulls permit data from more than 4,000 cities and counties. The majority are in the Southwest and West coast. The coverage map became known to me AFTER I ran the report and they had all my information. The Northeast and several Midwestern states had reporting levels less than 50%.

To be fair, I checked another location not expecting much. This property was built in the 1920s, but was recently updated which is why I initially thought it pulled some data. The initial report showed 8 points of interest. Upon further inspection, none of these were really points of interest because they didn’t provide any information. I learned nothing about this property from the report.

For example, there were three points of interest for the category “Major Systems.” When I looked at the detail for this section of the report, BuildFax had no information on any systems in the property so I still have no idea what the 3 points of interest were.

Companies selling your personal information: how to see what they know

To my surprise, it said there wasn’t any permitted work on the property prior to 1986. That may be the case, but it just underwent a major re-development project that involved the city for plotting the property and surrounding ones that are all part of the same complex. Maybe the developer didn’t pull permits for the interior rehab work, although, that sounds unusual given the scope of the project.

When I immediately pulled the report, it showed there was a risk factor. Upon closer inspection, the risk factor was nothing that really applied to the report. It  was a warning, that the city where this property is located, has a lot of permits pulled meaning that you should verify that improvements were permitted properly.  Too bad there weren’t any improvements to verify.

BuildFax says, “When there is a lack of permit data on a BuildFax Report, is should be noted that this, too, is indeed valuable information. BuildFax obtains all of their data from the local building department’s electronic records. Therefore you’ll see what is actually on record for your property. It also reveals to the homeowner what permits were put on record and that maybe some of the work wasn’t properly recorded. Just like a credit report — if you’re mortgage wasn’t on there, wouldn’t you want to know why? We believe BuildFax is a starting point, a conversation opener, between the homeowner and homebuyer.”

Research your home’s history before you buy

Another option is to head to the permitting department in the city where the property is located. You may think this won’t be useful, but think again. I did a story where a man’s home shifted so badly when he put a pool ball on the kitchen floor it rolled from one end to another. He couldn’t close doors in his home, and there were visible cracks. He pulled the permit data and found questions were asked about the surface upon which the foundation was laid. He pulled satellite photos, and found a creek once ran through the middle of his property. To fix the problem, he was facing hundreds of thousands of dollars in repair costs. He could have prevented this problem if he pulled the permits for the home. There were failed inspections and other indications that something might be wrong with the foundation.

The individual also didn’t know that a creek once ran through the middle of his home until he spent a few minutes on the county’s website looking at the GIS mapping software. It’s mapping software made available free of charge on many county websites that gives you a bird’s eye view of your property.

I’ve also done stories on homeowners who moved into their home not knowing they never got a final certificate of occupancy. Without one, you are technically living in your home illegally. It means the final inspection wasn’t done. It’s unclear if this information would be in the report, but a simple phone call to the city or a quick search on their website would fill you in about data like this.

While I didn’t get much information from the free BuildFax report I pulled on my property, the co-founders of the company tell me a report with no information can be useful. After speaking with them, I can see their point.

As a homeowner, seeing nothing despite the report saying there are 8 points of interest, I automatically dismissed the usefulness of the report. BuildFax notes that inspectors find no information useful. If the seller tells you improvements were made and there are no indicators on BuildFax, you know the work wasn’t permitted and it might lead you to check into the supposed improvements more carefully to make sure they were done correctly and safely.

In my case, the fact that there were no indications of improvements even though the condo was upgraded could mean the work was not permitted through the city. It doesn’t mean the work was shoddy, just that you should inspect it more closely.

After talking at length with the co-founders of BuildFax, there seemed to be agreement that homeowners and home professionals interpret the report differently and find different things useful. Up until this point, BuildFax’s customers have mostly been commercial like insurance companies, banks, and home inspectors. They’re trying to push the product out to consumers to level the playing field when you buy a house. The seller knows a lot more about a property than the buyer, and BuidFax feels their report gives the buyer better insight into the property.

You have until the end of July to get a free BuildFax report, and the company wants to hear about your experience. BuildFax says the feedback helps it fine-tune its system and presentation. They say only about 5% of the feedback is from frustrated consumers, but BuildFax notes that feedback is sometimes most valuable. The company is vetting a dozen ideas to sharpen the data and presentation of it. BuildFax says the underlying structure will not change, but the guidance may change.

I think guidance is a good way to improve the system to make the information or lack of it in the report mean something to the consumer.

I think the report is a starting point, but even with a better understanding of it, I don’t think it should be used alone just as I wouldn’t recommend using just a CarFax report when you buy a car. Look at the report and ask yourself questions whether you see information or not. If you don’t see it, ask why. If you do see permitted work, ask yourself how well the work was done. Just because a property was inspected during the permitting process, doesn’t mean the work is exceptional. I always hear this from new home buyers who can’t understand why their new home has problems when the city supposedly inspected it. You need to understand the city doesn’t babysit the work, and problems can still arise when the city is not watching.