UPDATED 4/26/2017 Store closing sales should be a bargain hunters paradise. Signs like “Nothing held back” draw in customers who expect the advertised savings. However, are those store closing sales really a deal? Check out this price comparison.

Throughout the country, Macy’s are closing. This is a trend we can expect to see as more shoppers take their business online.

Some stores are just closing retail locations, and taking the business online. Other stores are filing bankruptcy because they can’t survive in this digital shopping world.

When Stride Rite closed its brick and mortar stores recently, they advertised more than 50% savings.

As a mom, I know the price of Stride Rite shoes. There was no doubt the savings added up. Socks were $1 and shoes $10-15 which is definitely the advertised discount.

It’s harder to tell if you’re really getting a deal at retailers that frequently change their prices or offer multiple discounts or ways to save money.

This year with so many stores closing, there are some deals. However, you need to know your prices. Look beyond the advertised savings and do your homework.

It’s not a new trend that store closing sales are often duds rather than deals.

With discounts advertised at 40-60%, you expect a deal. The discount applied to everything but rugs and cosmetics.

Men’s dress shirts were just $10, and one man went back for more when $75 pants rang up for just $8. Those are obvious buys, but you need to be careful.

While that was many years ago, not much has changed.

Here’s a recent headline from Consumerist to remind you.

The Consumerist points out the reason these store closing sales are often bad deals. Outside liquidators often handle the sales, so prices immediately go back to the suggested retail price.

How to organize your receipts to save money

Background check yourself: Who is tracking your credit, medical, and shopping habits?

No coupons and no returns at store closing sales

You can’t use coupons, and you can’t return items. All sales are final. That may have you thinking twice about a purchase especially if you’re not sure about an item.

That may have you thinking twice about a purchase especially if you’re not sure about an item.

Without the use of coupons, some items were cheaper at the Macy’s that stayed open.

For example, Emeril frying pans were more than $20 cheaper at the store staying open.

Take a look at what I found when I comparison shopped two stores. One was closing, and the other remained open. 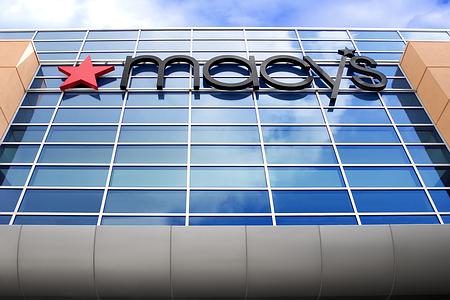 Macy’s responded to the price comparison and said, it would be highly unusual for an item at a clearance store — in this case Parmatown — to be sold at a higher price than an ongoing Macy’s store. But it could happen in isolated cases.

“Clearance stores like Parmatown are on a special schedule of increasingly higher discounts available only at that store until all the merchandise is sold. Macy’s Southpark could have items from its stock on a store-level final clearance at a higher level of discount but that difference would likely reverse as the Macy’s Parmatown discounts continue deeper and deeper. That those would be isolated cases and, in the end, the Parmatown merchandise will continue to be marked down until it is sold.”

Here’s my shopping conclusion. Whenever and wherever you shop, you need to take advantage of technology that makes it easy to comparison shop. Smartphones and sites like Shopzilla and PriceGrabber make it easy to find out if you’re truly getting a deal.