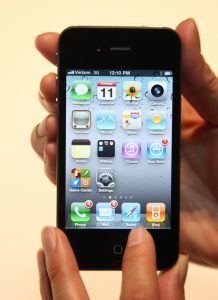 For years, an email makes the rounds warning cell phone numbers are going public. Nobody wants telemarketing calls on their phone, so that’s why so many people pay attention to the warning.

The email warns cell phone numbers are going public. While many people would like cell phone numbers to become public information for various reasons, it’s unlikely to happen. For now, telemarketers won’t get your number from a public database.

Since 2011, the warning has alarmed cell phone users. These scams morph as time goes on. They add new lines to update the scam and continue to catch people off guard. There are often details in the warning that are true. That’s how the scammers lure you in because there are half-truths in the warning.

It’s illegal for an automatic telephone dialing system or prerecorded voice message to call a mobile number where you’ll be charged for the call unless it’s an emergency or you gave express prior consent. That doesn’t stop illegal telemarketers from calling you.

Telemarketers will still call you. They often autodial or robocall so they’ll eventually find your number though sophisticated calling systems. There’s no stopping those efforts, but specific calls from telemarketers won’t happen like the email warns. 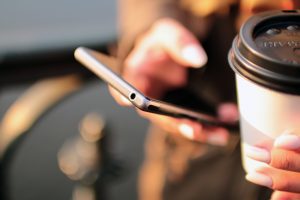 This email warning cell phone numbers will be publicized started after discussion about a mobile 411 directory. Since it’s possible a 411 mobile directory will happen someday, this warning will likely be around for years. However, there will be great discussion about such a directory before it ever happens. So, it’s still years down the road.

Even if a cell phone directory is created in the future, the Federal Communications Commission says it would still be illegal to call a cell phone for telemarketing purposes even if the wireless 411 directory took effect.

The directory would be opt-in only, and the list of numbers would not be made available to telemarketers. It’s been talked about for a few years, and is still not a reality so you have nothing to worry about for now.

You can still register your cell phone number with the National Do Not Call Registry online or by calling 1-888-382-1222.

There is another email that claims you need to update your number with the Do not Call Registry because it expires. This is not true.

You can check to make sure your number is on the list.

While the Do Not Call List protects you from most calls, it won’t protect you from everything. There are exceptions.

If you have or had a business relationship with a company within the last 18 months, they can call you without being considered a telemarketer. Still, it’s your right as a consumer to ask them to take you off their list.

If you made an inquiry or submitted an application to a company, they can call you for three months. Again, ask to be taken off their list if you want them to stop calling. Most companies have an internal do not call list.

Be leery of sweepstakes or online forms that you may fill out. By signing up for something, you may be giving the company the right to call you. Make sure you read all the fine print before you release your information. Be stingy with that phone number.

There are also new rules that require companies leave an “opt out” option when automatically calling numbers. If you pick up and hear an automated message, after they tell you what it’s about you’ll hear an option to hit 1 or 2 etc. to be removed from the company’s phone list.

Before you forward an email, check it out and make sure it’s legit. Snopes is a great website that makes it easy to figure out fact from fiction.