Why Spare Tire Is Missing In New Cars 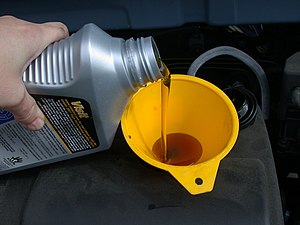 Using a funnel to refill the motor oil in an automobile as part of an oil change. (Photo credit: Wikipedia)

You buy a new car for the latest and greatest technology. What you may not expect, some old technology is missing. For example, new cars don’t come with a spare tire. Plus, the oil change may cost you more money. 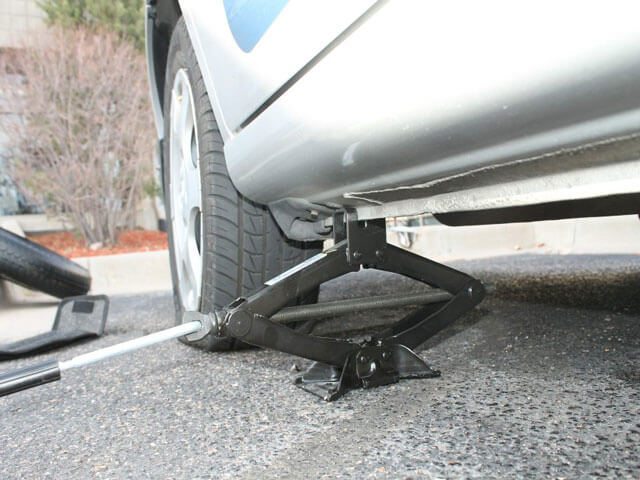 When automakers got rid of the spare tire in cars, it created a headache for drivers. Years later, I still hear complaints about the missing tire. Most drivers find out the tire isn’t included when they are stranded on the side of the road.

Checking out a used car for less than $10

Top 10 cars most likely to be stolen

The automakers are skimping on the spare tire, and creating engines that take a hard to find oil. Consumer Reports discovered the problem testing new cars in 2012. The automakers began using extra-thin 0W-20-weight synthetic oil.

It’s hard to find if you change your own oil. If you have your car serviced when it’s time for an oil change, you may pay twice as much. Consumer Reports said Jiffy Lube charges  $30-40, but the prices vary depending on the location and car.

This oil is being used to get the car’s fuel economy up, but Consumer Reports believes it’s minimal compared to the price to the consumer.

At least you can drive your car longer before you need an oil change. I just wish service stations would update their sticker inventory to 5,000 or 7,5000 miles depending on your car. So many still have the old 3,000 mile stickers. I watch my mileage go far beyond the sticker on my window before I take my car in for that fresh oil.

Before you buy a car, it might be worth reading the owner’s manual to see what’s changed. Oh wait. Those are disappearing too.