Dear Kansas City: It’s good to be back

We left town six years ago, but our hearts always remained here. The Royals and Chiefs flags flew wherever we lived. We cheered loudly wishing we were here to celebrate the Royals Championship and all the other wins.

We return with a new family member in tow. As our plane descended through the clouds, the cows and green farmland became visible. In the distance, the city dotted the horizon. It’s a city you really have to live in to experience its true value. Most outsiders assume it has nothing to offer since it’s in the middle of the country. Hey world — nothing could be further from the truth.

Here’s the 5 reasons it’s good to be back in KC:

1. People
The residents of Kansas City keep this city going. Each one an ambassador of true Midwestern values. Laid back, kind, gentle, and full of pride. That’s how I describe a Kansas Citian. You don’t get that everywhere.

2. Passion
Most people who grew up here are passionate about the city. It’s that passion in my husband that brought us back. No matter where we went, my husband bragged about his city. I say his city, and truthfully he’s not really even from KC. He’s from St. Joseph just to the north but as a neighboring city the pride is mutual. My husband did live in KC after college, so he counts it as his city.

Having lived outside of KC for awhile, I’m more observant of the ways of life here. It’s so impressive to see the large number of people who wear Kansas City gear.. Perhaps more people wear KC clothing now that the Royals took the crown, but even before the World Series win it wasn’t uncommon to see KC gear worn all over town. I can think of no other city in the country, other than maybe the tourists in NYC, where you see more city represented clothing.

The people who live here truly are passionate about their town.

3. Kindness
People will kill you with kindness here. It’s obvious everywhere you look. Having lived in a fast paced town with East Coast values, it’s refreshing to experience some Midwestern kindness. The casual wave from a neighbor you’ve never seen before or simple hello from a stranger in passing. It doesn’t go unnoticed for a girl who grew up on the East Coast.

This morning as I walked to get my shopping cart at Aldi with a quarter in one hand and my child and her car seat in the other, a nice gentleman walked his cart over to me. I handed him my quarter as a way of thanking him for the helping hand, and he said no. A small token of appreciation, but one that has an impact on me. There was nobody to pay it forward to when I returned my cart, but that quarter now sits in my car ready for the next shopper that needs a hand the next time I’m shopping at Aldi.

There’s also the woman at the airport baggage claim who went out of her way to grab all my luggage. She didn’t just grab my suitcase while she waited for hers. She already had hers and told me to point out all of mine while her daughter waited. A stark contrast to the hotel driver in Orlando who was in such a rush he dropped me off at the JetBlue terminal rather than a thousand feet away at Southwest. He couldn’t drive a thousand feet more — a much easier task than walking with a cooler, suitcase, diaper bag, baby, car seat, and stroller. Needless to say he didn’t get a tip. He didn’t care about me or my baby. Maybe he was having a bad day, but that fast paced, brash being is part of Florida’s east coast reputation. I saw many examples of it daily.

Kansas City has a reputation for kindness and it hasn’t taken long for me to be reminded of that. 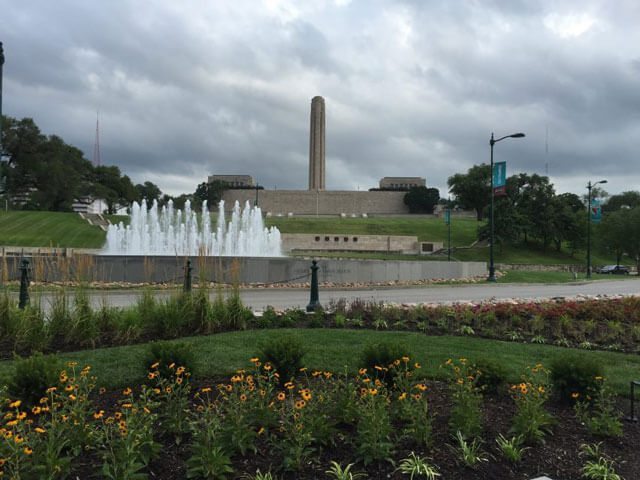 4. Diversity
For a mid sized town, I’m always amazed at how much Kansas City has to offer. From the jazz district to the Power and Light district, baseball to soccer, state of the art performing arts center to theater in the park. With world class museums like the World War I museum, Kansas City has a lot to offer no matter what you enjoy. I’m excited to begin exploring again with my baby in tow. It’ll be a whole new experience.

5. Last but not least — great food and brews
Most people may not know much about Kansas City. Most people think about cows and BBQ when I tell them my husband grew up in this area. I laugh and explain all that it has to offer. Slowly the world is finding out that it’s more than just a BBQ town. It has good brews too. Boulevard beer is taking off, and now it’s distributed throughout the country. It lined the shelves in Florida. I can’t wait to chow down on my favorite Oklahoma Joe’s BBQ while sipping a cold one from Boulevard.

It’s good to be back Kansas City.