Toyota and Lexus Melting Dashboard Repairs: When Will They Be Done? 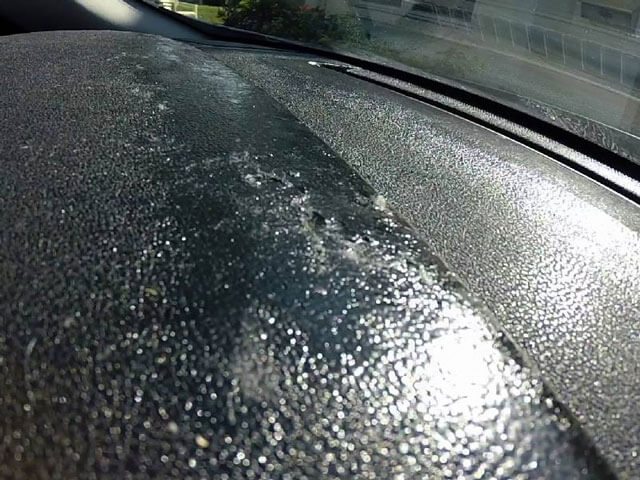 Some Toyota and Lexus drivers are frustrated they are still waiting for a fix for their melting dashboard. Now, a South Carolina lawsuit questions the warranty program.

When some Toyota and Lexus drivers get in their car, they see a cracked and / or sticky and shiny dashboard. The heat and humidity cause the dashboards to degrade over time.

The problem is mostly occurring in the southern parts of the United States where the heat and humidity is intense. Even drivers who park their cars in their garage have noticed the dashboard problem.

When the sun hits the dashboard just right, it creates a reflection that blocks the view of drivers. That’s why many car owners are concerned about safety. However, Toyota, says the dashboard issue is not a safety issue. Still, they agreed to fix the problem after my repeated stories on the problem.

I first exposed the problem with melting dashboards in May 2014. In December of that year, Toyota agreed to fix the problem on the following vehicles:

The carmaker fixed some cars. Other drivers are on waiting lists.

Then Toyota said the sheer size of the repair program and the number of colors and types of dashboards needed made the warranty extension slow.

Nearly three years since I first exposed the problem, it’s still a daily reality for many drivers. Many drivers say their cars are still not fixed.

A lawsuit filed in South Carolina alleges Toyota is in breach of its own warranty program. Wanda Jeffers and Jill Gibson of South Carolina filed the lawsuit seeking class action status.

The lawsuit alleges, “Plaintiffs, who have repeatedly sought a dashboard repair, will not receive the warranty repair prior to the expiration of the program. Consequently, Plaintiffs now seek to remedy this breach of warranty for themselves and a nationwide class of consumers.”

The repairs, according to the warranty enhancement program, are covered through at least May 2017.

The suit goes on to say, “Additionally, the Primary Coverage under the Program expires on May 31, 2017. This deadline is approximately 3 months away, and millions of vehicles remain unrepaired under the Program with no concrete timeline for repair being provided to consumers. The Secondary Coverage supplements the Primary Coverage for ‘some owners’ by offering the Program for 10 years from the date of first use. Even in some of the later model Subject Vehicles, 10 years from the date of first use will expire before Toyota is able to effectuate a repair.”

Hearing your ongoing complaints, I’ve been trying for a month to get Toyota to respond to slow repair concerns. Toyota responded this week, however, the manufacturer is providing little information. They will not respond to the allegations in the lawsuit.

Toyota, Lexus and its independent dealers are committed to customer satisfaction and to helping ensure that repairs taking place through our dashboard warranty enhancement program occur in as timely and efficient a manner as possible. As part of our commitment to customer satisfaction, this program provides free replacement dashboards for certain Toyota and Lexus models, including many for which the original warranty expired long ago. Any customers with questions or concerns can contact the Toyota Customer Experience Center at 1-800-331-4331 or the Lexus Customer Assistance Center directly at 1-800-255-3987.

I followed up with additional questions, and they like many of my initial questions were not answered. A Toyota representative told me this is all the information they have at this point.

So what is Toyota telling you when you call for your free dashboard?

Does your car have a dangerous defect?

Melting dashboards are a problem for other vehicles too. Nissan, Mazda and Subaru have all been sued over the issue too. 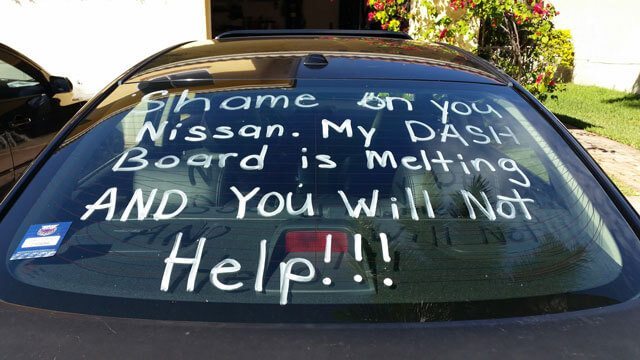 A frustrated Nissan driver took his message to the streets, as Nissan has not issued a widespread repair. Replacement dashboards are happening on a case by case basis.

Mazda and Subaru are also fixing the issues on cars.

Subaru repairs cover the 2005-2009 Subaru Outback and Subaru Legacy vehicles sold and leased in the United States. The manufacturer is reimbursing drivers who previously paid for repairs.

Getting your Toyota melting dashboard fixed

Carmakers are replacing nearly 5 million dashboards as a result of my investigation.

While there is no government oversight of this warranty repair, you should still share your concerns with the National Highway Traffic Safety Administration.

Also, call Toyota customer service and work with your dealer to get on the repair list.

Finally, use social media to get Toyota’s attention.

Is your dashboard fixed? If not, what are you being told about the wait?