Some days I worry about the world in which I’m raising my daughter. Crime, hate, terror, and sexism top the headlines. I look at my daughter, and want to freeze this moment in time. She’s happy and clueless about all the craziness happening around her. That innocence is a blessing. In a few years, her innocence will be a risk as it is for every woman. No matter how far we’ve come, our gender still has a long way to go before we are respected by every man and viewed for what we bring to the table rather than how we appear. While the political conversation makes this a concern, this isn’t about politics. It’s about what we value in today’s world, and what women have to deal with to advance.

For so many of us, Halloween is on our mind. To underscore the different ways men and women are viewed by society, look no further than Halloween costumes. Perhaps an appropriate comparison considering the comedic election year. 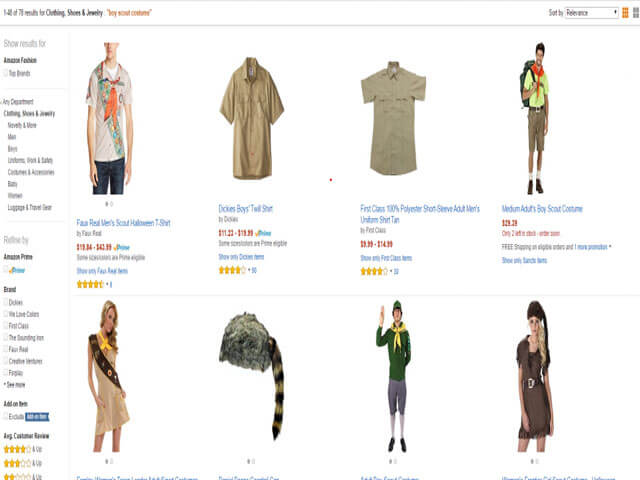 No matter what type of Halloween costume you’re looking for, the female version is always tight and lacking in material. They always show lots of skin. Perhaps we never thought about the true meaning behind those costumes until now on the eve of Halloween and an election riddled with craziness on both sides.

The first question in the Presidential debate the other night touched on this issue when the undecided female voter asked:

“The last presidential debate could’ve been rated as MA—mature audiences—per TV parental guidelines. Knowing that educators are tying the presidential debates to student homework, do you feel you are modeling appropriate and positive behavior for today’s youth?”

A lot of parents struggle with whether they should allow their children to watch these historic debates. They’re historic alright, but sometimes for all the wrong reasons. We expect mudslinging in an election, but this is far beyond that. Despite the first question addressing the obvious concern from parents, the conversation of the second debate continued into uncomfortable arenas for any parent watching with their child. Looking on the bright side of things, it forced a lot of parents to have that difficult parent and child conversation about sexism, respect, and gender equality.

We need to lay a strong foundation now to change this for future generations. No woman should deal with this, yet I bet many of you have faced it. I have. Women are still sized up based on their appearance rather than their accomplishments. It’s tough being a female in the professional world. You know you are viewed differently. It doesn’t happen all the time, but there are instances I can clearly remember where I know my male counterpart would have been treated differently.

When my daughter is old enough, I’ll talk to her about the issues women face. I hope it’s a thing of the past, but it likely won’t be reality. Sexism is still an issue too often in this country to think it will be over. It’s not just an issue in politics. Actors and college kids have made the headlines for their inappropriate actions toward women too. It’s an issue deeply rooted in our society. Again, just look at what’s lining store shelves for Halloween.

We have so many other critical issues facing our country right now, yet, much of the final days of the campaign are focusing on sexist remarks. It’s an issue for both campaigns. While difficult to hear over and over, I hope it sparks enough outrage and public shame that men think twice about talking to women in such a degrading manner. From the locker room to the board room, women deserve better. We owe it to the women of this generation and the next.