Recall Repairs Slow: Why You Have To Wait For Parts 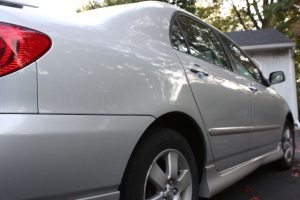 UPDATED: 1/24/2017 The Government Accountability Office found only 70% of recalls are fixed within 18 months. What’s the holdup? Plus, the easy ways to keep your family safe on the road.

When Toyota announced a recall for 2005-2008 Corolla and Corolla Matrix vehicles over concerns with the Engine Control module, it took a year to get a letter about the recall. It’s no wonder the Government Accountability Office reports that only 70% of recalls are fixed within 18 months.

According to documents filed with the National Highway Traffic Safety Administration (NHTSA), Toyota did the recall in two phases. My car was in phase two, which explains the long delay. Toyota told NHTSA Phase II notification would start in February more than 5 months after the recall was announced, and I got my notification in July.

According to NHTSA documents, Toyota says 1,128,659 cars are involved in the recall and only 346,666 cars have been inspected and repaired. Another 33,911 were inspected, but did not need the repair.  That means 33.7% of the recall was complete during Toyota’s last performance report. They are done quarterly.

The GAO report said wrong addresses are a big reason so many recalls go unfixed. I called Toyota last fall to update my address to make sure I’d be alerted to the recall. Toyota never updated its database, because I got the letter at my old address. It may not sound like a big deal, but it’s no wonder recalls have such low compliance rates. Even when you update the address with the automaker, they can’t update it in their own database for a mailing several seasons later.

I ended up getting my car fixed this spring long before I got the recall letter because the check engine light came on, and that’s an indicator that the Engine Control Module is malfunctioning.

Slow recalls are not an isolated case. Ford Windstar owners were without their car for six months or more during the recall of the rear and front axle on some model year vehicles. The age of the vehicle and the lack of suppliers were both problems.  When the economy and automotive industry collapsed, we lost a lot of suppliers. Now, consumers are feeling the impact when a recall is announced.

The recall system needs an overhaul because dangerous cars are left on the road.

The Government Accountability Office (GAO) issued a report and make recommendations to increase the effectiveness of recalls. The GAO wants to make it easier for consumers to search for recalls on their vehicle, which would be very helpful when you’re buying a used car.  The GAO wants a centralized database on NHTSA’s website where anyone can search for a recall by VIN. That would help, but until recalls are completed in a more timely fashion many cars will go unfixed.