RoboStir Put To The Test: Is It Worth Buying? 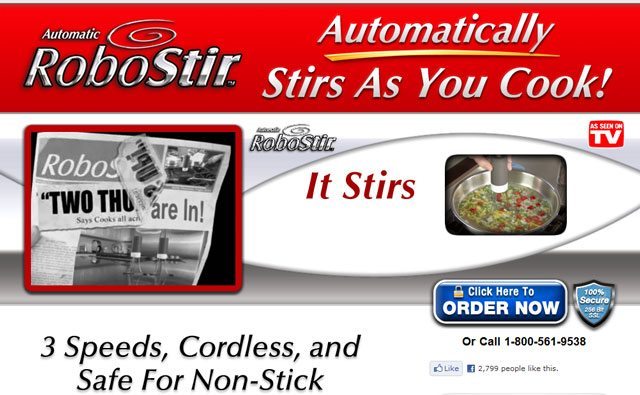 UPDATED 2/16/2017: The RoboStir promises to do the stirring for you. You simply put the automatic stirrer in your soup or sauce and it spins the mixture. Does it work?

**All opinions in this post are my own. There may be affiliate links.

RoboStir put to the test

All moms could use an extra hand. You have your kids screaming in the background while you make dinner, and others stand right under you grabbing your leg.

The RoboStir promises to do the stirring for you, giving you an extra set of hands.

Think gravy on the stove or other liquids you have to stir continuously. Let this kitchen gadget do the work for you.

We had foodie, Sue Carrara, test the RoboStir. It costs just under $10.

You turn it on and off, and select the speeds by pressing a button on top of the RoboStir. It’s a feature Carrara didn’t like because you have to go through all three speeds to turn it off so it can cause splashing if the high speed is too much for your liquid.

It worked great with gravy, but did not work with her preserved strawberries.

“That’s strawberries and sugar that’s it,” Carrara said pointing to the strawberry preserves she poured into a pan to heat.

“These strawberries are cooked they’re soft it should be no problem,” Carrara said.

Consumer Reports tested RoboStir and a similar product called StirCrazy. They had similar problems when they tested the products with cheese sauce, tomato sauce, and sauteed onions and garlic.

Sometimes the stirrers simply stopped, and other times the sauces burned.

If you want a gadget for once in awhile, spend the money. It’s not expensive. Otherwise, just use a spoon.