Housing / How To / Solving problems 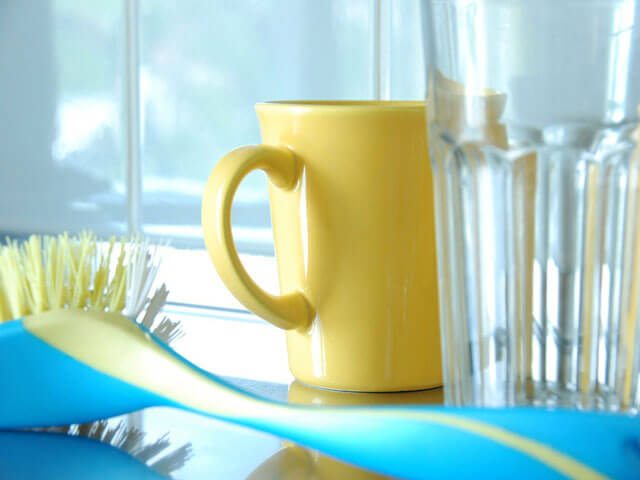 Have you noticed your dishes have a white film or still have dirt on them after you run the dishwasher? Why your dishwasher is not working properly, and the simple fixes to get cleaner dishes.

Why is there a white film on dishes?

You probably don’t pay much attention to what you put in your dishwasher to clean the dishes. Perhaps you buy the cheapest product on the shelf or a dishwashing detergent you’ve been using for years.

The dishwasher detergent is one product you want to pay attention to because it plays a big role in how clean your dishes get after running your dishwasher.

With a toddler running around the house, I don’t have time for dirty dishes. For years, my dishes come out dirty. It started changing in 2010 when the formulation of dishwasher detergent changed.

In 2010, phosphates were banned from dishwasher detergents. Phosphates control your water hardness and keep food particles suspended so they don’t get caked on your dishes. Plus, the phosphates cut through the food and grease and remove spots and film. Cleaner dishes were the end result.

So when phosphates were banned, dishes didn’t clean as well. The dishwasher left behind a white film and spots.

While the phosphate ban makes it harder to get clean dishes, they were removed for a good reason.

Phosphates allow algae to grow, and that impacts water quality. In the Great Lakes Region, algae blooms allow invasive species like carp to thrive. The algae also impacts the taste of water.

Since phosphates disappeared, the white film keeps building on dishes and glasses. The film that you see is a build-up of minerals. That’s why this problem is worse if you live in a community with hard water.

Luckily, there are easy fixes to remove the film from dishes and prevent it from happening again. You can try one or all of the solutions.

How to remove white film on dishes