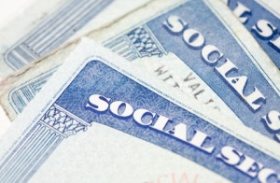 UPDATED 2/14/2017: This is hard to believe, but government websites are making your private information public.

Identity theft is a real concern. There are steps you can take to keep your identity safe. However, we also rely on others to protect our information.

Tax return fraud is a big problem. Thieves steal Social Security Numbers and use that information to file fake returns, hurting the taxpayer whose information is used. If you are a due a refund, your return and money are held up for months.

Thieves also target doctors offices. Many still have paper records with sensitive and valuable information. That’s why you need to be careful, and don’t give out your Social Security Number even if the doctor asks for it.

Your Social Security Number is also exposed by the government. They hold all sorts of private information on you, and it’s often in public documents like police reports or mortgages.

In Missouri, the state passed laws in 2006 to prevent identity theft. However, in 2010 I still found private information exposed.

The first law says public / recorded documents should not contain sensitive information. However, the law doesn’t address what to do about all the records that were previously submitted for recording and contained socials.

In response to the law, Clay County took it upon itself to automatically remove the information from old records. You won’t find Social Security Numbers on public documents.

Jackson County officials say it’s unfair to compare the two counties because Clay is much smaller.

Between 2006 and 2010, only 63 Jackson County residents requested their information be removed. Most people don’t know it’s their responsibility or that their sensitive information is publicly available.

Jackson County has software to redact sensitive information, but only uses it upon request.

The Missouri Attorney General supports those who wish to change the law.